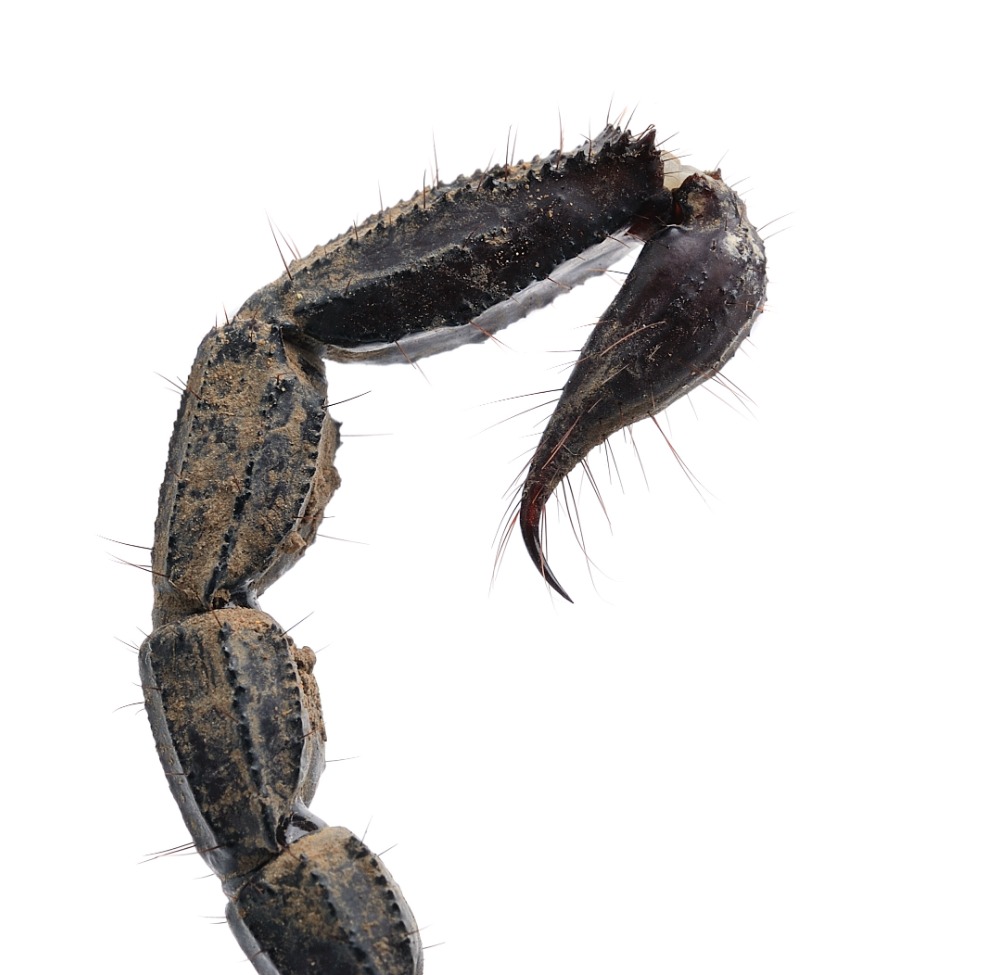 Have you ever been curious about a scorpion’s most potent weapon? On a scorpion’s tail sits these pests’ dangerous stingers, capable of harmful and sometimes fatal side effects!

Besides their sharp stingers, a scorpion tail has many fascinating, moving parts that help them stay predators in Arizona, targeting insects and small mammals.

Curious to learn about scorpion anatomy? Keep reading to find out more!

A scorpion’s tail consists of various segments, allowing it to move in different directions. This range of motion helps it attack prey no matter its location. With one strong swoop of its tail, a scorpion can incapacitate their next meal or a threat.

Scorpions don’t have a tail like mice, dogs, or cats. Instead, this appendage is called the metasoma, but it functions similarly to how a tail might. Each segment allows the scorpion to bend and twitch their tail with ease.

At the end of these many segments is the telson, which holds their sharp and venomous stinger. They have a small bulb or organ containing venom on their stinger.

Besides its use in protection, scorpions can utilize their tail in many different ways, like digging through the dirt with their segmented appendages. Because many scorpions hide underground, tails are very helpful in helping them reach their location.

Did you know that scorpions also use the bathroom from their tails too? Surprisingly, scorpions don’t have a separate orifice to release their waste like other insects or animals. Instead, they have another appendage on their tails to remove droppings.

If a scorpion loses their tail, they risk forfeiting this bodily function. Without an orifice to release waste, they can’t survive very long. Plus, tailless females tend to bear less young in addition to the risks to their life.

Most scorpions prefer to keep their tails firmly attached to their bodies, only going without if they’re torn or chewed off by a predator animal. Some scorpion species may also discard their appendages when heavily distressed and under attack.

A scorpion tail is a vital part of a scorpion’s anatomy. From providing essential biological functions to acting as their primary defense mechanism, their tails are necessary to keep them alive.

Packed with dangerous venom, a scorpion’s stinger is their most effective attack against any threats coming their way. Typically, scorpions use their barbed appendage to hinder their food, but they’re not afraid to give anyone a warning sting.

Scorpions won’t go out of their way to sting you; however, because of their relatively small size, many Arizona residents accidentally interact with these pests in their homes, yards, or out in nature.

If a scorpion feels threatened, it’ll quickly strike to keep you at bay. Even random or seemingly harmless encounters may frighten and provoke these pests. Remember, we’re much larger than scorpions and appear as significant threats.

Depending on the species, a scorpion sting may not do much damage. Many scorpions will only leave you with a painful pinprick and minor symptoms like swelling, localized pain, and numbness.

However, if you’re stung by an Arizona bark scorpion, the most dangerous scorpion in North America, you could have more serious symptoms. These stings are no joke and often require prompt administration of antivenom.

Here are some reactions you may experience following an Arizona bark scorpion sting:

Once stung by an Arizona bark scorpion, we strongly recommend you visit an emergency room or urgent care facility to receive a dose of the antivenom. While not every sting results in these effects, we urge you to stay safe!

So, what does scorpion venom do to smaller prey insects and animals?

Because of their small size, a scorpion’s meal will typically experience bodywide paralysis or even death depending on the venom potency. Their strong attack methods can down most of what they consume.

However, not every animal is affected by scorpion venom. Pallid bats, grasshopper mice, snakes, and some spider species can easily consume Arizona bark scorpions without experiencing any ill effects.

Generally, though, any insect or animal that comes in contact with an Arizona bark scorpion tail does not live to tell that tale.

We know that scorpions are a normal part of an Arizona resident’s life. However, they don’t have to be!

These creepy critters are notorious for sneaking indoors for food and shelter, even hibernating in our homes whenever the weather grows cold in the winter. Once the temperatures heat up again, scorpions leave our home en masse for outdoor food.

Many homeowners have unpleasant encounters with these eight-legged creatures whenever they try to exit or enter their homes. Without preventative methods to keep them at bay, scorpions can waltz into your home whenever they please.

With Scorpion Repel, we can prevent that from happening! Our founder created our patented formula following his child’s frightening scorpion sting, vowing to protect other families from the scare of their loved ones in pain.

Scorpion Repel creates a physical barrier around the perimeter of your home that will completely keep scorpions from crawling inside. No matter how hard they try to scale the slick coating, they won’t be able to climb up!

Contact us today to prevent scorpions and keep your family safe from stings!