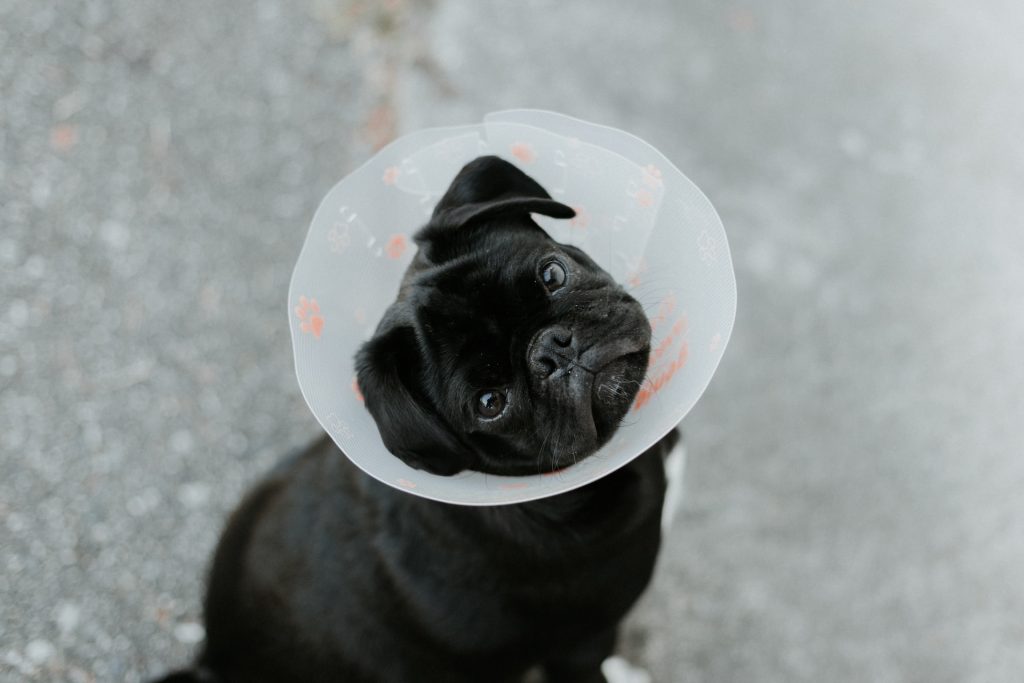 Scorpions are common in many Arizona homes and yards. These pests also live in many of the parks and desert areas we love to enjoy.

But what can you do when scorpions get too close to your furry friends? A scorpion sting on a dog is serious, so you should know how to react if one of these pests harms your pooch.

Keep reading to learn about crucial care tips whenever scorpions creep too close to your pets!

So, what scorpions in Arizona are threats to your dog?

If you see a scorpion in Arizona, there’s a chance it’s probably a venomous species. Surprisingly enough, most scorpions are technically venomous, but not all are dangerous. Some may only cause a reaction akin to a bee sting, while others can cause serious symptoms.

Certain scorpions, like the desert hairy scorpion, are imposing but not as dangerous as others. Often, smaller scorpions are more venomous than larger species, perhaps an evolutionary measure for protection.

For healthy adults, a sting from this scorpion isn’t fatal. Children, the elderly, and other immunocompromised individuals may encounter difficulties, but antivenom is a quick fix against this potent venom.

Unfortunately for pets, an Arizona bark scorpion’s sting can result in highly dangerous symptoms. A scorpion sting may become fatal without proper action.

Symptoms of a Scorpion Sting on a Dog

Whenever a scorpion stings your precious pup, you should know what symptoms to look out for to avoid serious outcomes.

Like humans, your dog may experience some pain around the site of the wound. The pain could be mild or excruciating, depending on what scorpion stung them.

Your dog may whimper or act defensively, but its reaction may differ depending on how your pet handles pain. While Fido is your best friend at home, he may act out of character if he’s not feeling well. Avoid touching the area if you can; instead, leave this to the professionals.

Lethargy is another sign to watch out for if you suspect an insect or arachnid has bitten or stung your dog. Venom may make you or your dog weak, so keep an eye out for any weakness or tiredness.

Like wasps or bee stings, your dog’s body or face may swell. While the stung area is likely to puff up, your pet could have additional inflammation in other places on its body.

Arizona bark scorpion stings could temporarily cause paralysis for your dog, as well. Depending on the severity of the sting, the paralysis might be localized to one region or widespread. Promptly take your pet to the vet if they’re experiencing difficulties moving.

Smaller dogs may have more severe reactions to the venom than larger breeds. Because the venom can quickly course through their small frame, tiny pets like chihuahuas or Yorkshire terriers could swiftly become sick.

Here are some other symptoms of a scorpion sting on a dog:

Whenever you suspect your dog is injured, immediately rush them to a vet. Many locations have after-hours services for injuries like scorpion stings!

You may only know if the pest is venomous or not if you can swiftly locate and identify the scorpion that attacks your dog. Plus, your pet may react differently to scorpion venom than the average human, so always play it safe and get your furry friend’s help.

We know it’s scary to care for your pet in pain, but there are some ways you can prevent your dog from getting hurt.

If you’re hiking, spending a day in the park, or camping in the mountains, always watch out for hidden pests lurking. Bark scorpions like to lounge on top of tree bark, on and under rocks, and inside brush piles.

Be careful about where you’re walking or camping, especially if you’re out late at night. Scorpions are nocturnal and primarily show up after the sun’s finished shining.

Always keep an eye on your pet whenever you’re away from home. Dogs may not be as curious as cats, but they’re just as likely to stick their nose in places they shouldn’t.

At-home scorpion prevention is easy too! Keep your hedges, grass, and trees trimmed to avoid attracting scorpions or other pests. Remember log piles, branches, or collected leaves from your yard to prevent scorpions from nesting.

If you have exterior cracks or crevices, consider contacting a home repair worker to assess your home’s structure and remedy any damages. While it’s accessible to DIY small gaps or holes, we suggest contacting professionals for anything more significant.

But what about foolproof methods that prevent a scorpion sting on a dog?

To keep scorpions out of your home for good, you should rely on Scorpion Repel to get the job done right! Our patented product is guaranteed to safeguard you, your home, and your family against venomous scorpions!

Unlike other pest control methods, we don’t eliminate scorpions. Instead, our slick barrier physically prevents scorpions from ever climbing up your walls or into your home!

Don’t believe us? Check out this video below!

You know who to call when you need proven protection against one of Arizona’s most dangerous pests! Contact us today!