Scorpion Season in Arizona: How to Stay Safe 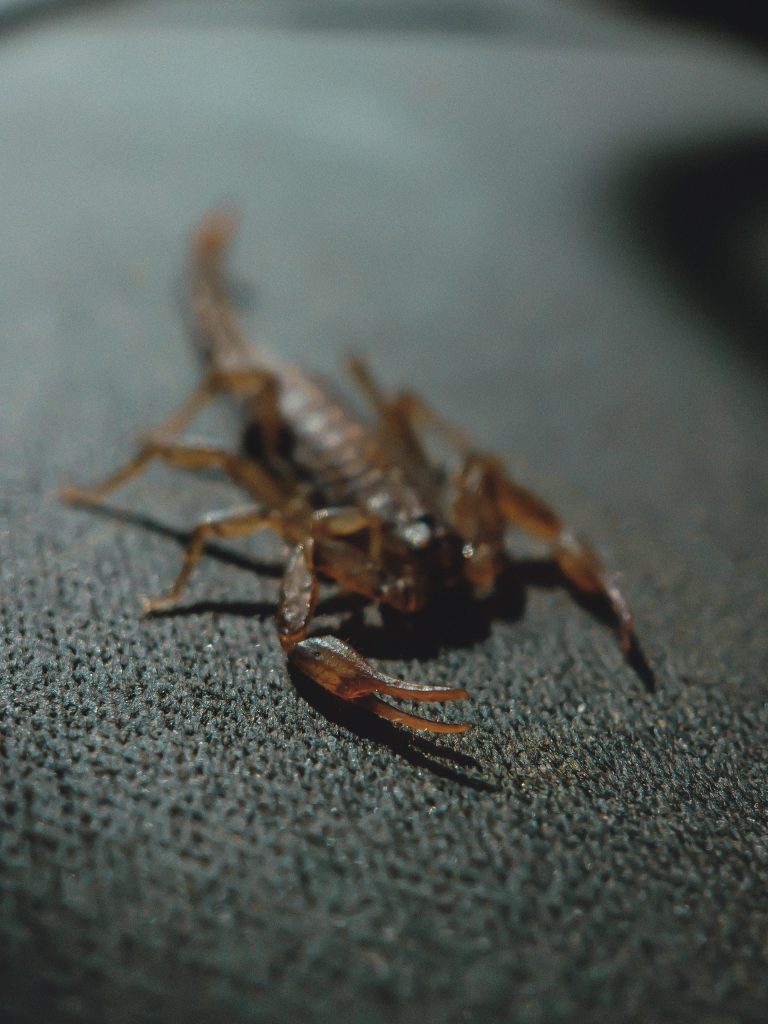 Arizona has multiple dangerous insects, arachnids, and animals in our deserts and forests. Many of these pests even creep inside our homes for a meal or a place to stay!

With handfuls of scorpion species living in the state, residents aren’t too surprised to see one of these eight-legged creatures sneaking around their home or yard. But because of the hot to mild year-round temperatures, it can be challenging to pinpoint scorpion season.

Take a look at our blog, where we’ll explain scorpion seasonality in Arizona!

When to Expect Scorpions in AZ

Scorpions could be more common, depending on where you live in Arizona. Residents near the Arizona uplands desert areas could experience more scorpion sightings than others residing in bustling cities. Plus, those in higher elevations where the weather is much cooler may also interact less with scorpions.

If you live in a newly-built home, neighborhood, or subdivision, scorpions may be expected on your property or even inside your home. Because some scorpion species tend to burrow underground, places of heavy construction could bring them out in droves.

Often, our homes are as easily accessible as rocks, logs, or brush piles to scorpions. While much larger than their typical abodes, scorpions will exploit small cracks or gaps to sneak indoors for shelter or food.

Unlike some insect or spider species, scorpions don’t die once the winter chill hits Arizona. Instead, these arachnids search for winter hiding spots to wait out the cold weather until spring returns.

Don’t get too comfortable if you see fewer scorpions outdoors! They could be hiding in your yard or in a quiet space in your home.

In Arizona, scorpion season typically lasts from late spring to fall. Many homeowners spot scorpions out and about during warmer March temperatures, only noticing a decline in their population around October.

Some pests may be milling around your yard during spring or trying to exit your home. After their hibernation ends, scorpions will be ready to escape their winter dwellings to look for a hearty meal.

Scorpion sightings reach an all-time high during hot summer nights. Throughout the season, scorpions will exit their daytime shelters to look for insects or other food sources after the sun sets.

Each year, scorpions sting upwards of 11,000 people. Many Arizona residents usually encounter scorpions from June to August, with poison control centners noticing an uptick in calls during this period.

Scorpions mate during late spring and early summer, giving birth to their young around the start of fall. This typically coincides with Arizona’s monsoon season in late summer, meaning you may have to deal with tiny pests coming indoors to escape the outdoor elements.

Seeing scorpions in Arizona isn’t a surprise. Because many of our homes exist where scorpions tend to dwell, it’s normal to see an arachnid or two trying to hunt or rest in our yards and home.

However, that doesn’t mean you have to deal with scorpions living it up indoors constantly! When struggling with difficult scorpion infestations each year, consider contacting Scorpion Repel!

Our patented product physically prevents scorpions from sneaking indoors, meaning they can’t climb up or inside your home! Check out our product at work here!

Want to stay safe whenever scorpion populations are high? We have some tips and tricks to keep your family and yourself scorpion-free!

Remove the Pests they Eat

During arid summer nights, scorpions are constantly on the move for the next meal. While these pests don’t have to eat as often as most animals or other insects, they’ll still exit their shelter every few days to hunt.

If your home is a hotspot for other pests, scorpions could stick around longer than you’d like. While excellent pest control aides, scorpions aren’t an arachnid you want living in or around your home. Eliminating their food will help keep scorpion populations down.

Here’s a list of common insects or arachnids scorpions consume:

You could try many DIY options to remove challenging insect infestations from your home, but we recommend contacting a reliable pest control agency to get the job done. Plus, our product works great in conjunction with other pest control methods!

Many homeowners experience painful scorpion stings following routine landscaping, discovering a pest hiding away under sticks, branches, logs, or leaves. Because of their size, you may not see these pests until it’s too late!

Removing these items from your yard can help avoid scorpion stings and even prevent them from eventually entering your home. If they don’t have anything keeping them around outdoors, they’re less likely to try and sneak inside.

Trimming foliage near your home is also an excellent way to keep scorpions out. Because these pests can easily climb up your home’s exterior walls, any branches or bushes that touch your home could help them crawl into vents or windows.

Because these trees are hotspots for insects, scorpions may take up residence inside, on the bark, or around the tree’s base for shelter and food.

Instead of struggling through scorpion season, trust Scorpion Repel to keep these pests out of your home!

No more worrying about hibernating scorpions overstaying their welcome or foraging pests sneaking indoors for another bite to eat! Scorpion Repel is guaranteed to prevent these dangerous pests outside– no matter what time of the year!

Because of our slick epoxy coating, scorpions can’t scale the side of your home to reach cracks, crevices, windows, or vents that lead into your home. If you’re interested in proven scorpion protection, give us a call today!